We met in 2015 when I was working as a medical receptionist, and he was recently hired as a physical therapist. I was actually dating someone else at the time, and never imagined that this was the way things would turn out! The timing was perfect because as my other relationship came to an end, we were working almost every day together and had bonded over a love of horse racing. Eventually, we started dating and we’ve been together ever since. I’ve since then, left the office he works at and will stick to him being the boss there and me being the boss at home.

The proposal was just like out of a fairytale (or movie.) As we headed toward Versailles on the Paris metro, we realized we were on the wrong train! Chris started to freak out (little did I know he had something big planned) and I tried to reassure him it would be okay to get there a little late. Upon arrival, I noticed that there is a short line to get into the palace and suggests that we get online- the obvious choice. But Chris was persistent in seeing the gardens first. Since it was foggy, cold, and would surely be an hour + line to get in later, I was not happy. As we walked through the garden (me more rushing) we stopped at the grand Apollo Fountain. I took a moment to take a panoramic picture with my phone. As I rotated to get the entire fountain in, Chris stepped in behind me and when I turned back around, he was on one knee! Neither of us can recall what was said in the excitement of the moment, except for one word, YES! As we arrived back, we were greeted with a now almost 2-hour wait to get into Versailles, but it was all worth it!

When it came time to plan our big day, it only made sense for us to get married in our favorite place, Montauk. We both have been spending summers out east our whole lives and continued to build memories out there as we dated. We chose romantic blush tones and a classic navy to create our dream wedding look. We focused on beautiful flowers to complete the gorgeous tent at Gurney's. After multiple days of shopping and trying on over 40 dresses, I finally fell in love with a Lazaro gown covered in appliqué flower detailing.

On a beautiful, unseasonably warm 75 degree day in November, we said our vows at St. Therese and partied the night away at Gurney's Resort. We could not have imagined a more perfect day. 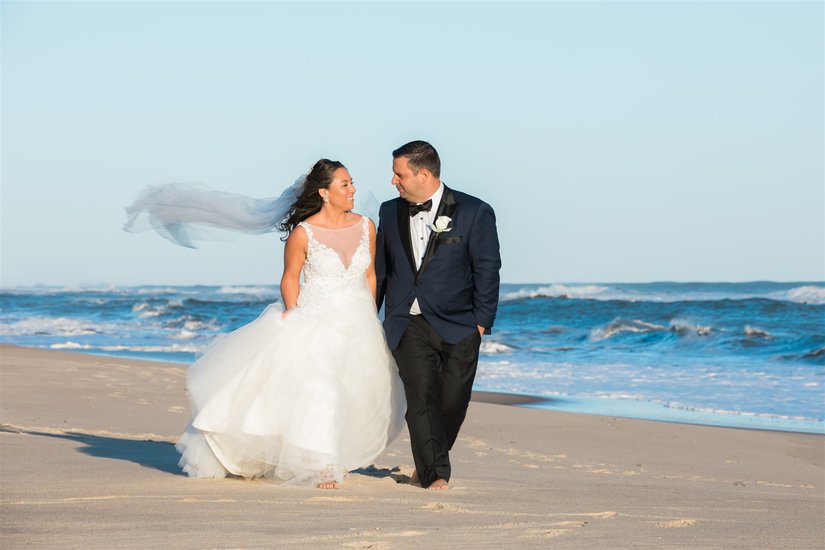 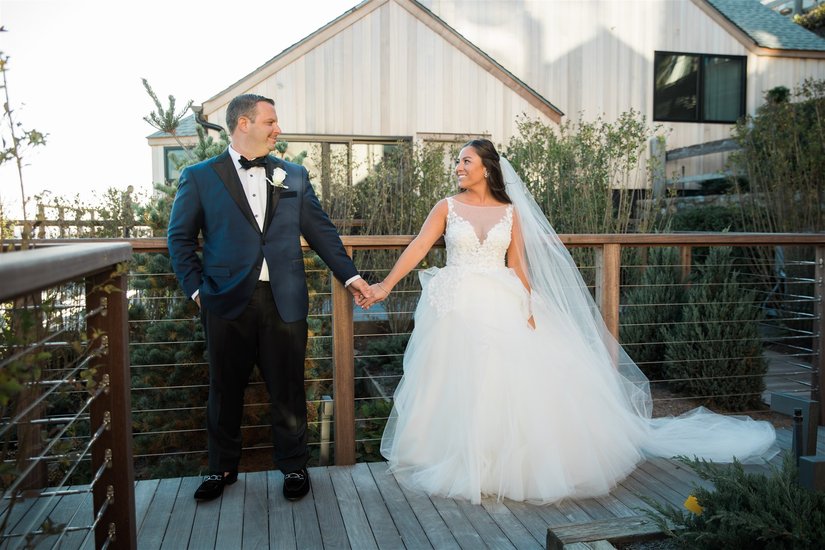 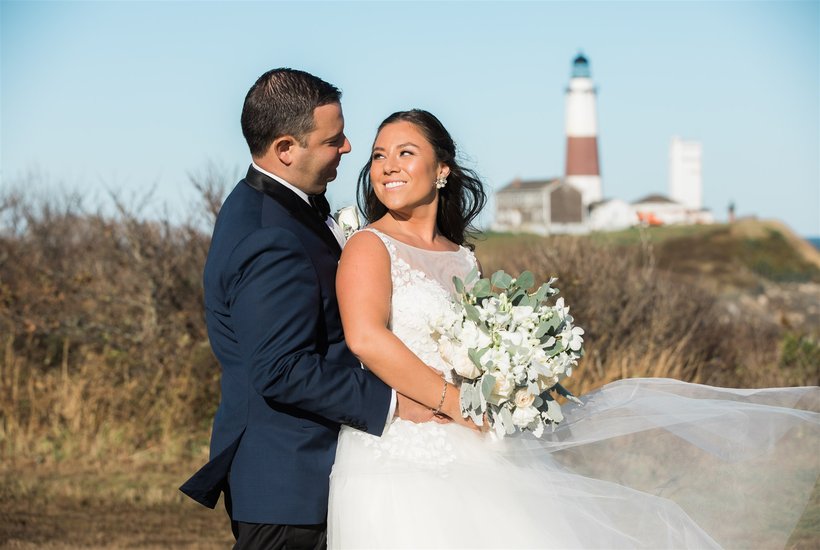 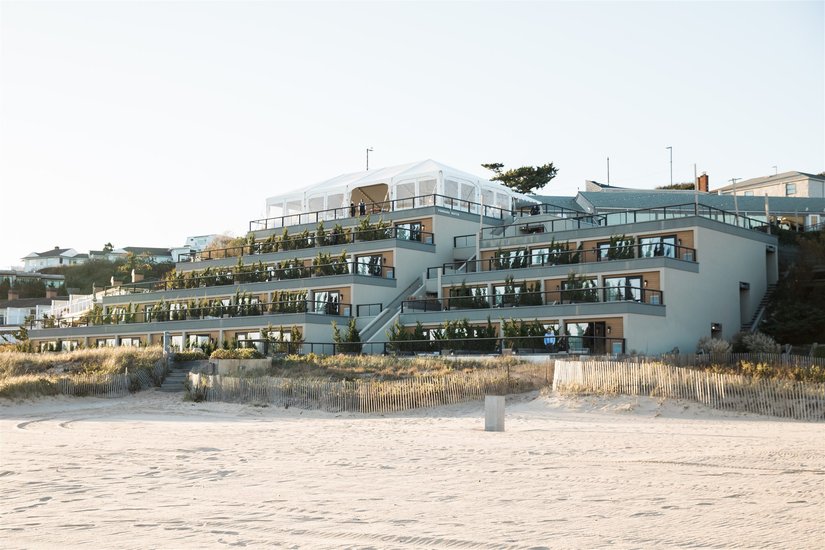 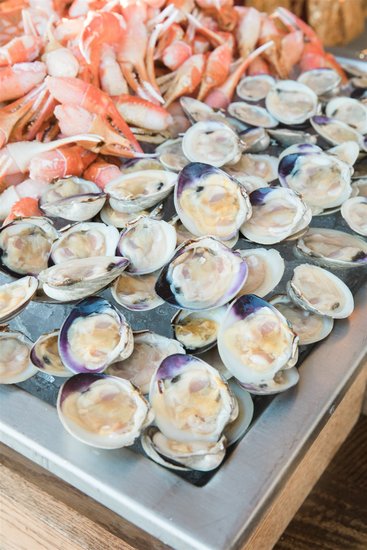 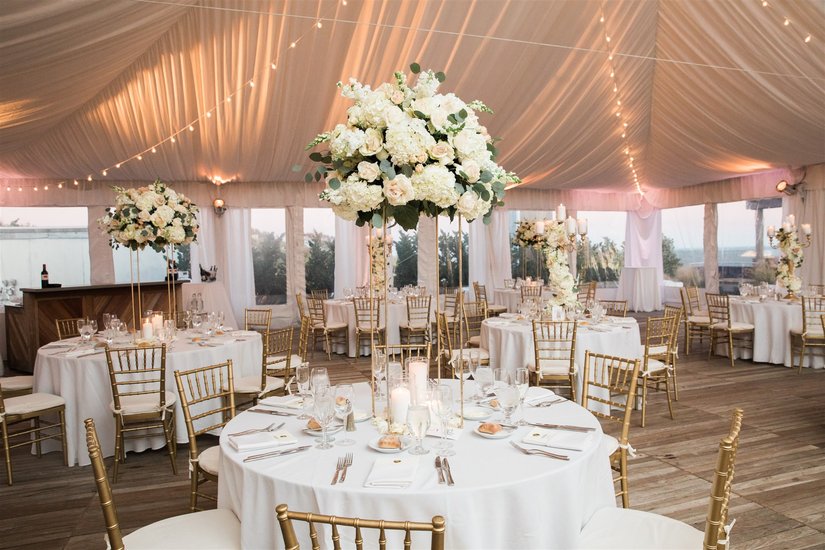