How we met
Yes! I was the boss’s daughter. Seven years ago Dakota began working for my father’s construction company. The construction crew had made a comment that I was single so Dakota took the plunge and Facebooked me. He was shocked when at 5 a.m., on my way to work, that I messaged him back and accepted his invitation to go for “coffee”.

FIRST DATE
How much more Canadian can you get? Tim Horton’s it was. We took our coffees down to the train bridge, climbed up to the first level and spent hours there just talking. Everything just clicked. After that day we were inseparable.

OUR RELATIONSHIP
Since the coffee date we have survived many ups-and-downs. It was terrible being separated while I was away at school. We moved in together. We bought our first home, renovated it and then sold it. This was followed by building our own home and Dakota started his own business. Many fun times were spent with family, friends doing all kinds of activities including trips to the cabin in Whitefish, camping, boating, snowmobiling, attending concerts, taking trips including to Dallas and Las Vegas and attending other friend’s weddings.

OUR ENGAGEMENT
Every December, between Christmas and over New Year’s, we take a week long vacation to Whitefish to the family cabin. December 2018 we prepared as usual to go down with friends and Dakota’s brother to ring in the New Year. On New Year’s Eve the group got dressed up and had dinner and drinks. It was decided we would go back to the cabin to ring in 2019! As we walked back to the truck we were walking through beautiful Whitefish Park which was all lit up with Christmas lights and looked like a fairyland. Dakota handed his brother the phone, pulled me under the tree, got down on one knee and “finally” asked me to marry him! Although we had discussed marriage over the years to say I was surprised is an understatement!

The wedding!
It was the most perfect day in southern Alberta, hardly any wind no rain and over cast which makes for fantastic pictures! The wheat field looked amazing golden which is where we had the ceremony, the field has been in our family for a long time. All the guest grabbed a drink and took a sit on a straw bail as they waited for us to say our “I do”!

We couldn’t have asked for a better day, family and amazing friends that helped us celebrate this amazing day! 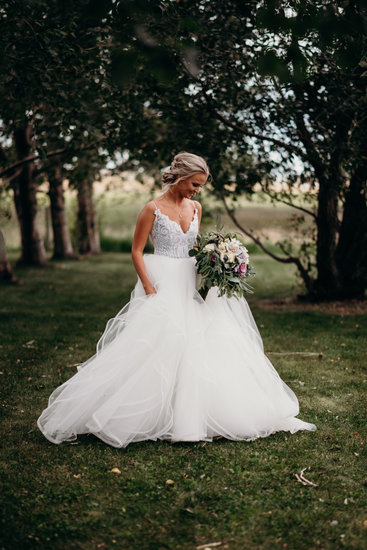 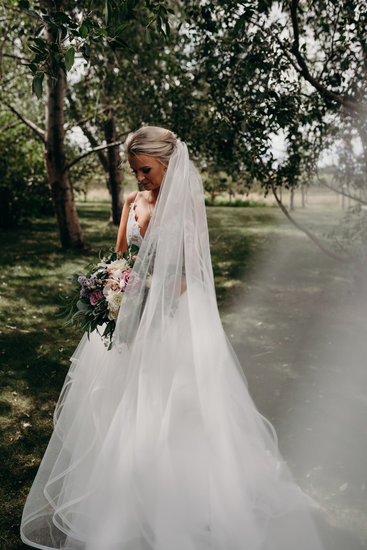 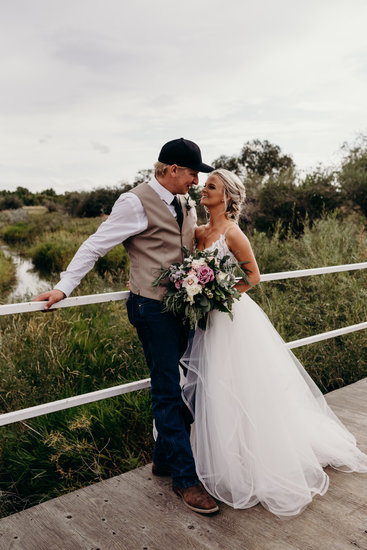 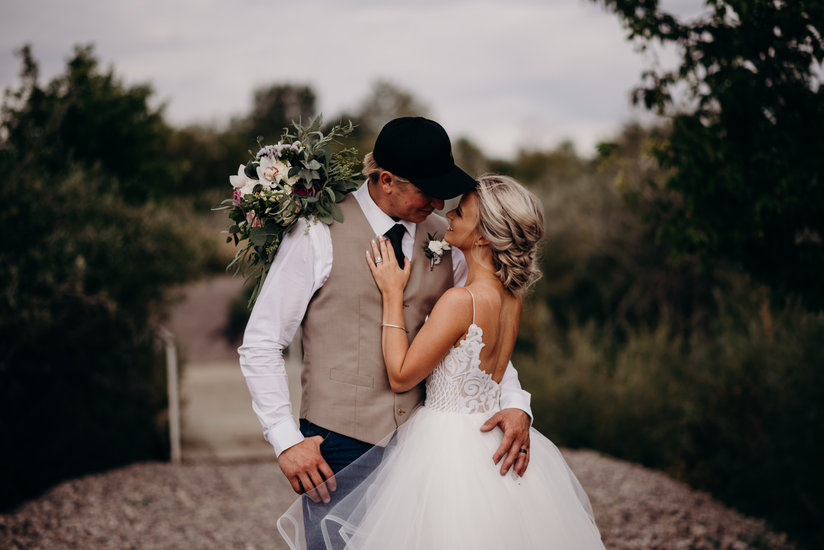 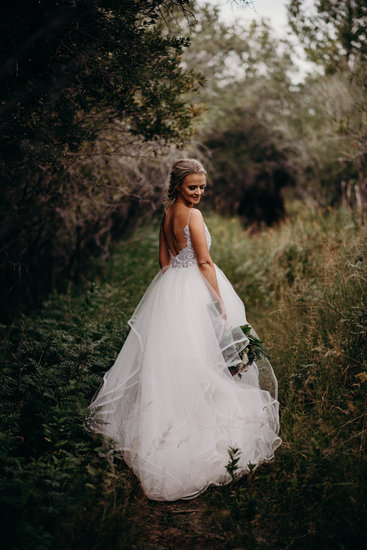 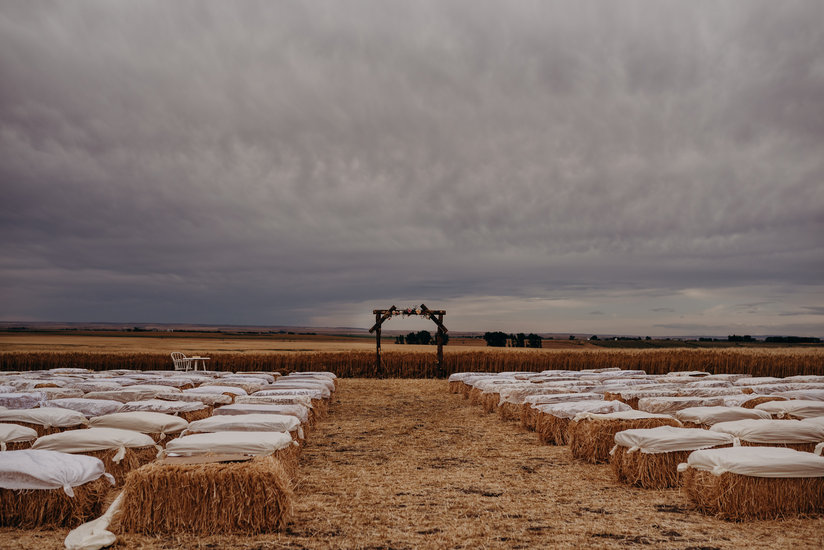 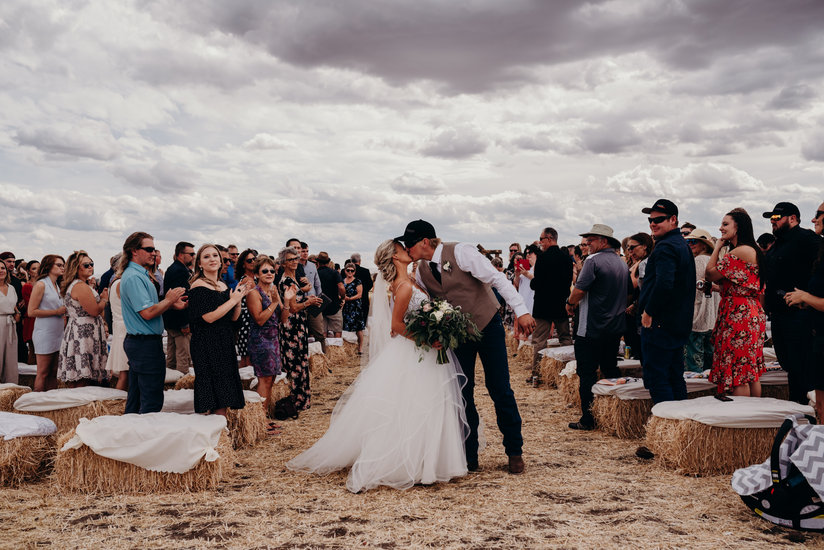