The real life ‘Carrie and Big’ as one of my girlfriends would describe us. I met Joe the summer entering high school, he was going to be a sophomore. We started hanging out in the same group but never “officially” got together until my junior year, his senior year. We dated for several years off and on before calling it quits. We were broken up for four years before finding our way back to one another. We dated about a year and bought our first home. Several months later on what I thought was a girl's night out, Joe shows up. Attempting to get on one knee I noticed a red box in his hand and before he could say anything I grabbed it asking “oooh what is this?” I open the box to see this beautiful pear shaped diamond ring and just kept saying “are you serious? Are you sure?” So Joe never officially proposed to me and I never officially said yes. 17 months later we were married in front of 257 family members and friends in what was truly the best day ever! 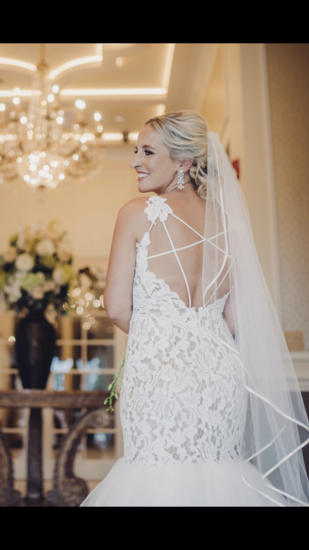 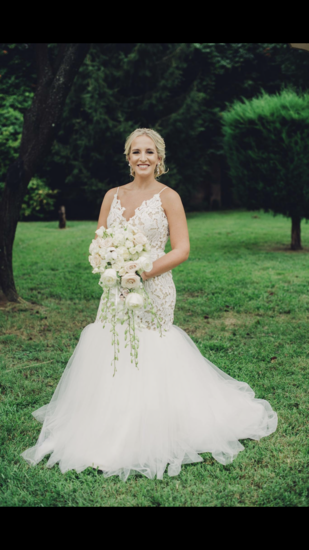 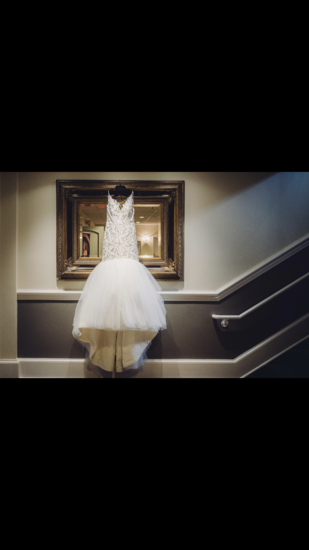 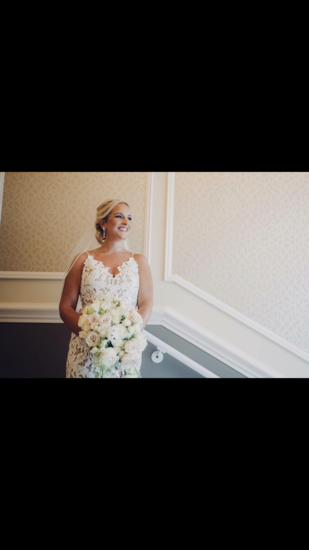 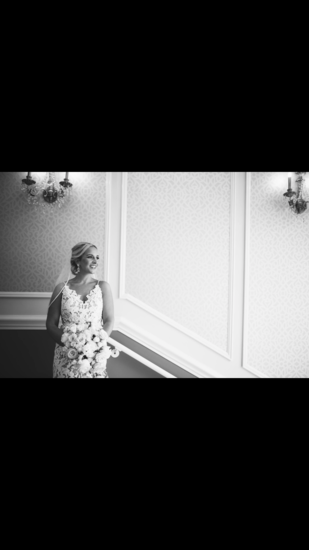 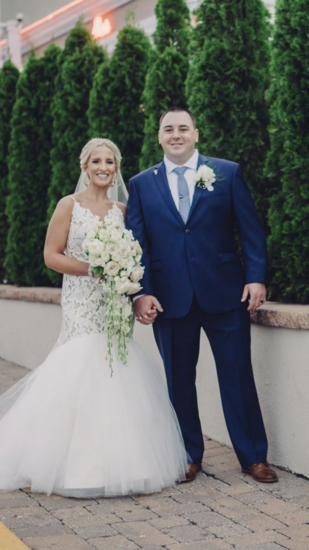 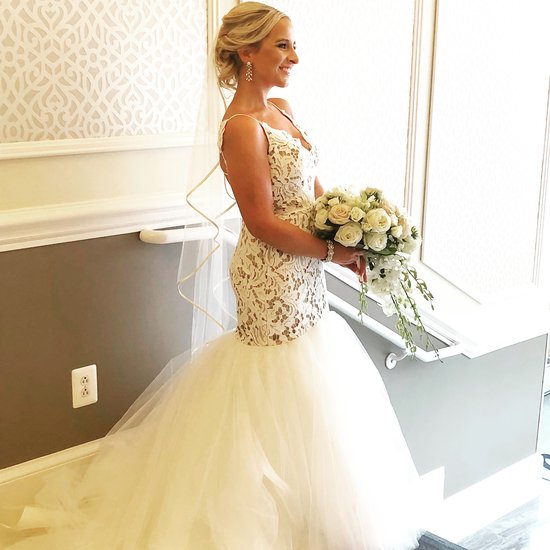 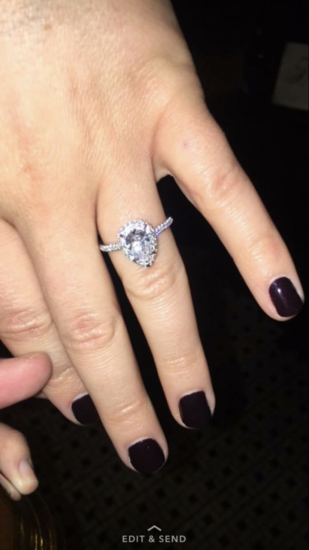