We met on good ol' Tinder, which showed us we had more than 200 mutual Facebook friends. We quickly realized we'd gone to high school only miles apart from each other and attended Oregon State the same years, Michael graduating in '06 and Brooke in '07. We learned we'd lived in neighboring houses on Greek row for an entire year, and somehow never crossed paths. It wasn't until 2014 that we finally met. Lucky for us, Tinder also showed us we were "less than a mile apart" and we discovered we were neighbors once again. We'd both bought homes in the same development, only months apart. On our first date, Brooke said she liked cats, and didn't want to get married. Michael said he liked dogs, and definitely wanted to get married. Two years later they were engaged and their "Save the Dates" included their French bulldog, Pig, on the front. Love makes ya do crazy things! :) 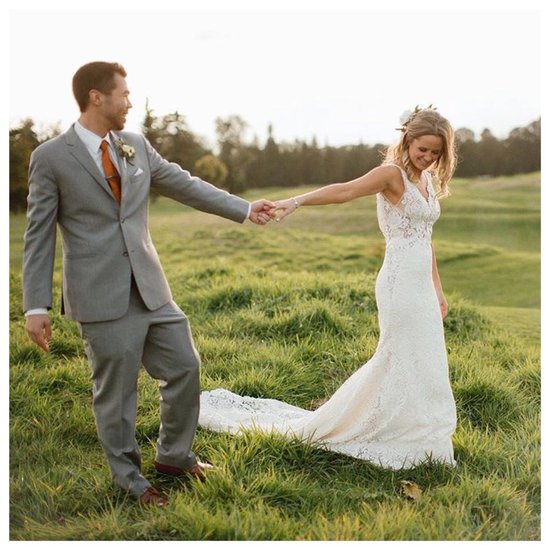