When Michael proposed to me, (under the most magical banyan tree I've ever seen) at The Royal Hawaiian Resort in Oahu, Hawaii, we knew we wanted to pay tribute to that moment and infuse a tropical theme into our 'modern Hollywood glam' wedding in Palm Springs. Tropical greenery along with banana leaf print (inspired by The Beverly Hills Hotel - the ultimate ode to 'Hollywood glam') complimented the sleek and modern black, white and gold design.
Our first look took place among the beautiful gardens of the Avalon Hotel. We were then chauffeured in a classic Ford Mustang convertible to our photo shoot location that included a stunning backdrop of an oasis of palm trees, juxtaposed against the dry Palm Springs desert. Meanwhile, our guests were welcomed to the ceremony with refreshments and serenaded by a playlist of instrumental string covers of classic romantic songs as the sun set behind the mountain. As they took their seats, they were politely urged to put their cell phones away to 'enjoy the moment.' The groom entered following his seven groomsmen + 'best woman' marching to a violin-version of the 'Star Wars' theme. Followed by the bridesmaid + 'bridesman,' 'man of honor' + mother of the bride who walked to Vitamin String Quartet's "Can't Help Falling in Love." I walked down the aisle to a beautiful, romantic, lyrical version of "Where you Lead" (the theme song to my favorite show Gilmore Girls) by a YouTuber named Holly Sergent who created this cover as a tribute to the passing of Ed Herrmann (the actor that played the grandfather on Gilmore Girls), which was fitting as I met my grandfather at the end of the aisle and he gave me away. It was a very special moment. The ceremony was short and sweet, we exchanged vows + rings and when sealed with a kiss, were MARRIED! We celebrated by dancing out the aisle to Forever (an ode to the wedding scene in our beloved T.V. show, The Office.)
Guests were handed a glass of bubbly and escorted to the Presidio Pool and the party began! Vintage pinup style swimmers lounged on giant gold swan floats in the pool during cocktail hour followed by a special performance by a world champion title winning synchronized swimming duo from the Cirque du Soleil show, 'O' in Las Vegas!
We entertained our guests with a choreographed first dance to (our own edit of) the theme song from Pixar's UP, which friends compared to "something out of 'La La Land."
Dinner was served family style under a canopy of string lights in the Presidio Courtyard followed by the usual ceremonial speeches, cutting of the cake, bouquet and garter toss before we moved inside to the dance floor to dance the night away! It was a truly magical day! #PalmSpringsfortheRings
My gown fit perfectly into our theme. I wanted a very modern day look but with an influence of Grace Kelly. Paired with my subtle yet stated jewelry, it made me feel like a Hollywood starlet! And when I interchanged my jewels for my veil, I could have not felt anymore like a BRIDE! Thank you to Molly at JLM Couture in Beverly Hills! And I actually bought the dress during the Alvina Valenta trunk sale and was able to meet the designer and she made me a personalized sketch which I framed and displayed in my bridal suite which was such a special touch! 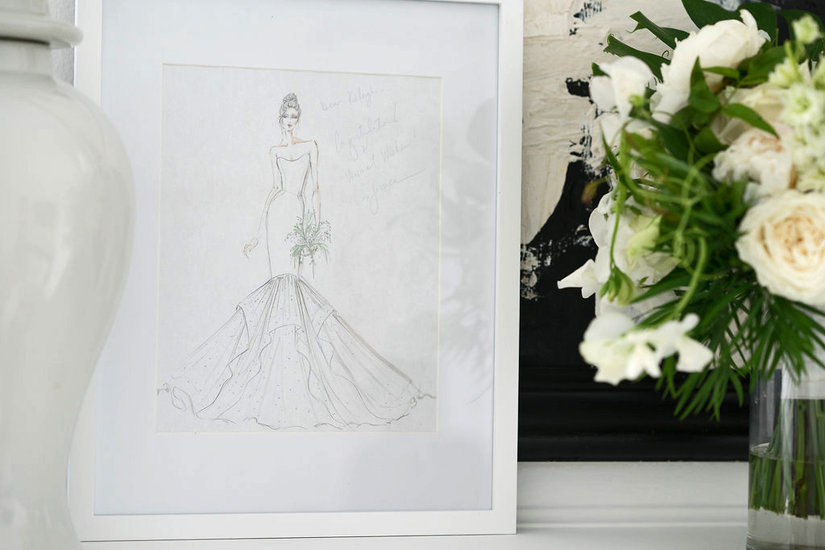 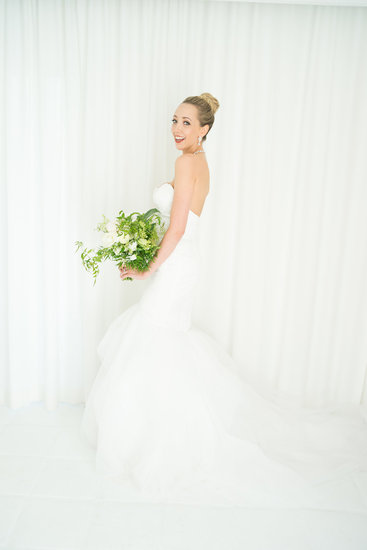 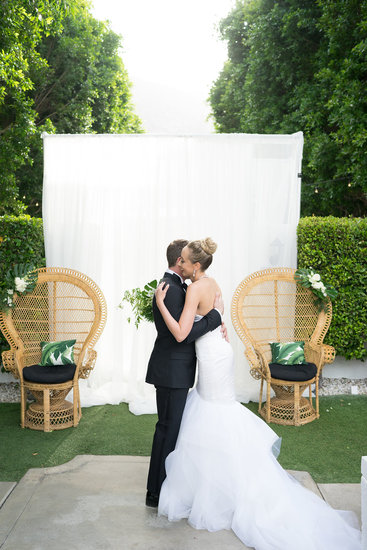 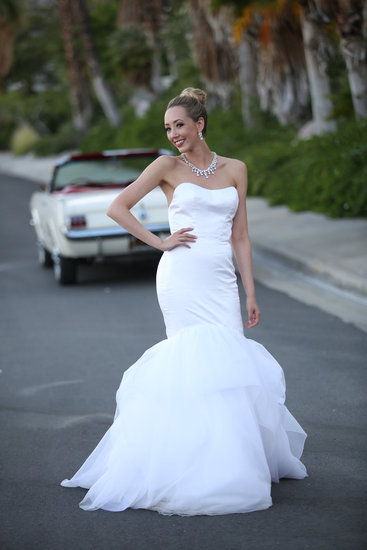 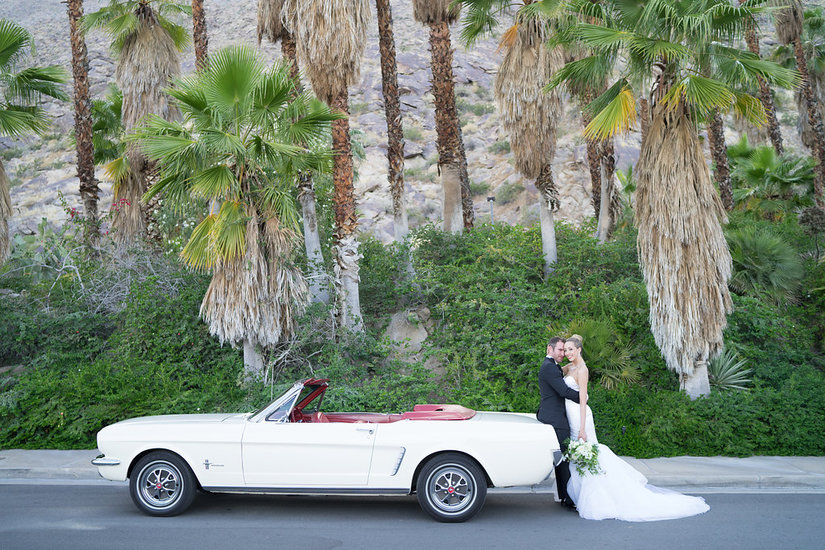 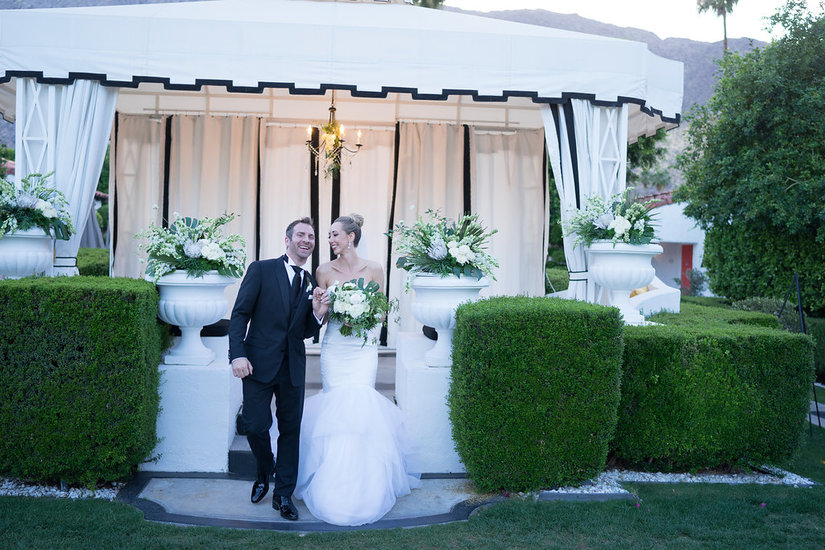